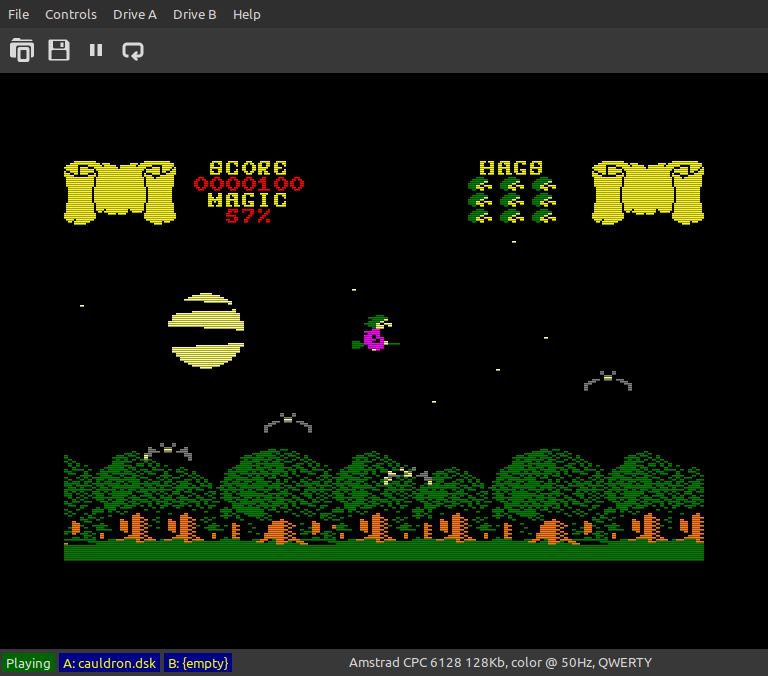 This version contains lots of improvements, new features and fixes.

The Athena and Motif user interfaces have been updated, a status bar has been added with disk names, emulated machine informations and emulation status.

The emulator widget, which acts as a glue between the Athena or Motif user interface and the emulation kernel, has been refactored and the keyboard and mouse events are now properly throttled. You can now reliably use events generators or virtual keyboards like « Onboard ».

Last but not least, the rendering code has been rewritten and is now much better. Not totally perfect but much more precise. Split screens, raster effects and hardware scrollings are now rendered correctly.

Some bugs persist, for example a black screen in « Fruity Frank » when selecting the game speed (Fast / Medium / Slow) and some games still don’t work (eg « Crazy Cars II », …). I’m investigating these issues and instrumented the code to try to identify the root causes.